The tribal psychology of will contests

The tribal psychology of will contests 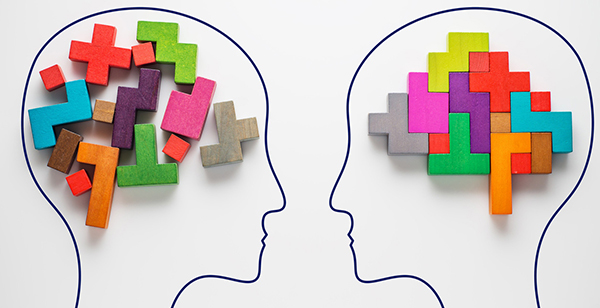 I spend quite a bit of my working day in a very contentious environment.

I may be acting for one side of a family who are defending a Will against an attack by another family member, or I may be on the attacking side, trying for one or more aggrieved family members to fix a Will that does not do what it should.

In each case, what I find – each and every time – is that where both sides of the fence form a mental position of ‘me versus her/him’ or more often known as ‘us versus them’- the matter is much, much more hard fought and orders of magnitude harder to resolve.

The Supreme Court of WA is also acutely aware of this. Part of the routine and inevitable path of Will contests is a mandatory mediation, conducted by a Supreme Court Registrar.

Mediation is very successful on the whole, stewarded by the Registrars who are and skilled in mediation. They are sensitive to the peculiar aspects of Will disputes, are endlessly patient and non-judgmental.

Not only does the Court force the parties into mediation as early as possible, but they do it before defendants have the opportunity to put down in formal affidavit their own version of the family story – which is almost always the very polar opposite of what the claimant says.

For example, all too often I see that where a claimant says she was abused by the Will maker, the defendant says it’s a pure fabrication.

If the claimant says he worked for free for decades on the Will maker’s farm, the defendants say he got paid more than he was worth.

If a claimant says she is a single mother with no education or job living hand to mouth on Centrelink payments, the defendant says she is just lazy and has only herself to blame.

So, why am I writing about this? It’s not just to tell you what I do, it’s to shed some light on why:

Have a look at this, or those of you into podcasts, listen to this one. It is an illuminating piece, by specialists but in layman’s terms on Tribal Psychology – why and how we choose sides and the mental gymnastics that we exercise in order to change our views to fit the group we belong to (or want to belong to) – regardless of factual right or wrong.

In short, the more you see your competitor as part of the other group, and not part of your own group, the more intense the conflict, which is not based on actual issues, but based merely on a psychological motivation to discriminate against the other just for being the other.

Whilst this piece is focussed on the current USA divide between Republicans and Democrats, I see its application in family provision claims, and indeed in all Will contests.

The more a person sees the other family member as against the family, as outside the family, the more it is ‘us versus them’ the more hard fought and the harder to resolve, the less willing they are to give away anything even when facts dictate that they should – even when being so oppositional is actually meaningless or causing disadvantage.

This oppositional positioning increases the time it takes to reach a conclusion, and ratchets up the legal costs and stress to families exponentially too. It usually means everyone walks away at the end with less in their pocket.

Of course human beings are complex – and there is never one simple solution, and never one source of discontent or motivator for grievance.

That can be hard, especially when the other side may have spent years, perhaps decades, acting poorly, or inhumanely to my client.

But without a sense of seeing the other side as connected to a greater family story, resolution is made almost impossible.

It is for this reason that I also spend much time trying to persuade the other side that my client is not an inhuman monster either (once it’s us versus them both sides see each other as being entirely wrong).

If I can get the other side to acknowledge that my client is a person not too different to them, and is also enduring the pain and grief and loss that comes with the death of a loved one, then the chances of everyone walking away with a resolution are increased.

And that, ultimately, is the name of the game; not dispute, but resolution. And that takes both sides to look beyond what can be deeply entrenched and long held emotional beliefs.